This week’s inspiration comes from a recent movie, La Grande Bellezza (The Great Beauty). I watched it about two weeks ago, after reading great reviews in all major Dutch newspapers (who all gave 5/5 rankings). And yes, this is a great movie. Go and watch it, then come back. Or read this post about the music of the movie… then you will surely go and watch it.

The main character is Jep Gambardella, 65 years old, who has been living a decadent life in Rome for many decades after having written a successful novel (his one and only). Living in an apartment next to the Colosseum, being surrounded by rich friends, enjoying Roman night life; Jep’s life is reminiscent of Fellini’s La Dolce Vita. It seems to be a life to be jealous about.
But it is not. Jep realizes that his life is rather empty and hollow; in a great monologue to one of his friends, he says

We’re all on the brink of despair, all we can do is look each other in the face, keep each other company, joke a little… Don’t you agree?

Jep is reminded of one moment of great beauty, that he has once found in his youth, with his first love. But since then, his life, and the lives of the people surrounding him, have been spoiled by irrelevances. It appears to me that Jep wants people, including himself, to take off their masks, to dare to show their vulnerability, their uncertainty, and that exactly that will lead to moments of true beauty.
But this is the message that the movie conveys to me – since the movie is so full of moments of reflection, I guess that everybody takes his or her own message home. In any case, the movie reflects on our own lives, and what we make of it.

I have to admit that the movie is somewhat fragmented, with many different people, all having  different stories. But the truly fantastic views and shots of Rome, and the wonderful music makes this a work of art. The soundtrack contains both dance music (Gui Boratti, Bob Sinclair) and classical/choral music. I selected three pieces from the movie, maybe the most ‘classical’, but in my opinion also the most beautiful, the most reflective.

The first piece is by Arvo Pärt, an Estonian composer of contemporary classical and religious music (and this is directly an answer to a question people often ask me: yes! people composing classical music still exist!), who composed it in 2000. The songtext is an old text (1789) by the Scottish Robert Burns, ‘My heart’s in the Highlands‘. Here is the music combined with shots from the movie:

The second piece is The Lamb, also a modern classical piece, by John Tavener. The songtext is an old English text by William Blake (also 1789! is that coincidence?). This is not the complete piece (check this one, for example), but I wanted to have the movie shots included:

The last piece for today is from the very end of the movie. The last movie stills are magnificent – a camera moving over the river Tiber – and magnificent is the music! The music is by the Russian composer Vladimir Martynov, called ‘The Beatitudes’: 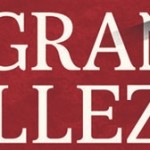