This weekend the mail brought a CD of Youri Egorov, a small gift from the Young Pianist Foundation. It featured Youri Egorov, playing one of Schubert’s sonatas and his six moment musicaux. Very beautiful music, performed by a pianist with a tragic fate – but maybe later more about that. It triggered me to look at the score of these moment musicaux, and while doing that, I also had a look at his impromptus (often published in the same score and played together). And then I encountered the impromptu in A flat major, that I didn’t play or listen to for a long time.

Impromptus are relatively short pieces meant as improvisations, to be played “off hand”. But such a description would miss the fact that these pieces are little jewels, which should be cherished carefully. The pieces are, together with the moment musicaux, “the example for all romantic composers of intimate piano pieces after him” (Grout & Palisca).

Schubert composed the pieces in 1827; he turned 30 that year. He had already written some of his major works in 1815, when he was only 18 years old! Beethoven had only just passed away, in 1825, and had significantly influenced Schubert’s music. Tragically, Schubert would die shortly after him, in 1828, at the age of only 31.

The recording displayed here is in the small hall of the Concertgebouw, a nice intimate setting for a piece like this. As you might have noticed, the impromptu is in ABA form:

This weekend the mail brought a CD of Youri Egorov, a small gift from the Young Pianist Foundation. It featured […]

During last weekend I attended the masterclass by Prats that I described in a previous post. I thought of writing […]

From the 14th to the 24th of November Amsterdam hosts for the first time the Young Pianist Festival, for young […]

Again a leap in time, and again piano music. Today we are at the start of the 20th century, in […]

It must have been at least twelve years ago since my first encounter with the Nocturnes of Frédéric Chopin. I […] 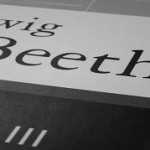 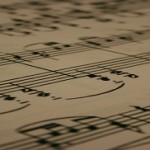