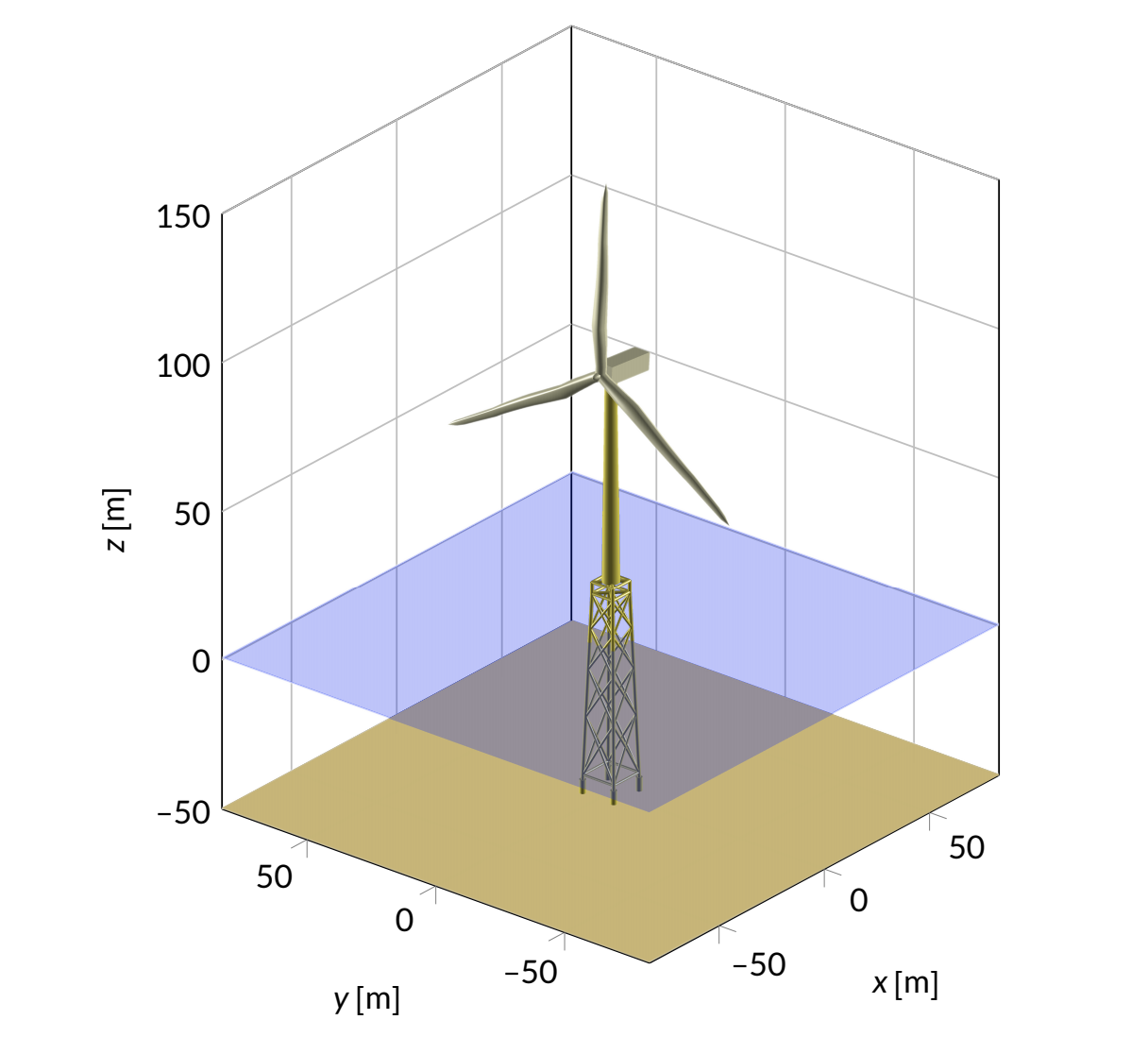 When designing wind turbines, it is necessary to give proof that the turbine will be able to withstand the environmental conditions it will be facing during its lifetime. These conditions have been standardized by the IEC and are given by so-called Design Load Cases. For each Design Load Case a computational (aeroelastic) wind turbine model has to be evaluated many times, corresponding to the large number of possible combinations between wind speed, direction, wave height, etc. An example of wind speed, wave height, wind direction and wave direction at the IJmuiden meteorological mast are shown in the figure below:

It is unfeasible to evaluate an aeroelastic wind turbine model at all the measurement data points in this figure. The conventional approach to reduce the number of possible combinations is via so-called binning, illustrated in figure (a) below. This is the de-facto standard in wind-turbine design, but when multiple input parameters are included, the number of simulations that need to be performed grows exponentially.

Our novel approach is to reduce, compared to the conventional binning approach, the large number of aeroelastic code evaluations that are necessary to obtain equivalent loads acting on wind turbines. The approach is based on numerical integration techniques and, more specifically, quadrature rules. The quadrature rule used in this work is a recently proposed “implicit” quadrature rule, which has the main advantage that it can be constructed directly using measurements of the environment. It is demonstrated that the proposed approach yields accurate estimations of the equivalent loads using a significantly reduced number of aeroelastic model evaluations (compared to binning). In figure (b) above, the quadrature rule points determined by our method are highlighted. The quadrature rule adapts to the data set and scales much better in higher dimensions than binning. Moreover, the error introduced by the seeds (introduced by averaging over random wind fields and sea states) is incorporated in the quadrature framework, yielding an even further reduction in the number of aeroelastic code evaluations. A reduction in computational time with a factor of at least 30 is demonstrated by assessing the fatigue loads on the NREL 5MW reference offshore wind turbine in conjunction with measurement data obtained at the North Sea, both for a simplified and a full load case.